This article analyzes characteristics of two fitness work outs that are called "muscle" or "myogenic" and "nervous" or "neurogenic". 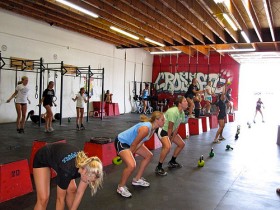 The results of the analysis should help you decide which type of workout to include in weekly fitness program.

On the other hand, it is not meant to influence an entire season, which can constitute both types in moderation. These considerations are the result of a direct assessment of a men’s team using the Vertek jump tests as a tool for data mining.

“Myogenic-muscle” work out is characterized by high volume of work (according to the total number of repetitions):
– 12-14 total sets of repetitions for the lower body and for the upper
– divided into 3-4 exercises
– 6 to 12 repetitions in each exercise, according to the intensity desired
– recovery between sets should be medium to low (1-2 minutes)
– medium to high workloads
– working angles deep
– controlled execution

“Nervous-neurogenic” work out is characterized by a low volume of work:
– 8-12 total sets
– 2 to 6 repetitions in each exercise, depending on the level of an athlete
– recovery time high or very high (2-4 minutes)
– workloads high or very high
– high working angles
– athletes should be monitored during the execution of the eccentric movement because of the high intensity(difficulty) of the work out

Note: The concentric movement should be “fast” or “explosive” but they are not the right words to use because of the high amount of weight in the early stages of the direction change. So we can say that the concentric phase should be as much “intense” as possible.

After performing both types of the workout, I detected interesting phenomenon:
-both sessions create a “pre-neuromuscular” activation, which means higher jumping ability, and quicker reaching of a maximum performance level. Nevertheless, after “muscle” session athletes lost their energy (got tired faster) quicker, which resulted in performance decrease during training and match. According to this conclusion, it is advisable to use short and intense work out before matches in order to reach full potential and not to compromise performance.

– “Muscle” session also creates DOMS (delayed onset muscle soreness) which is much more intense and prolonged then in “nervous” session, even though the later is characterized by a higher workloads. As DOMS occurs in 14-72 hours after the training session, and is peaked at second and third day, it is advisable not to use “myogenic” type 3-4 days prior to any important match.

– it was also noted that “nervous” session keeps an athlete “brilliant” for 2-3 days after, therefore promoting its use 2-3 days prior to the game

All of those considerations are generalized in it’s timing and intensity, because there are other aspects that will influence it:
– intensity of a past or future ball training
– level of training and compensation of the athlete
– athlete’s diet (for example, glycogen rich diet emphasized the effects of DOMS)
– rest and emotional status at given time 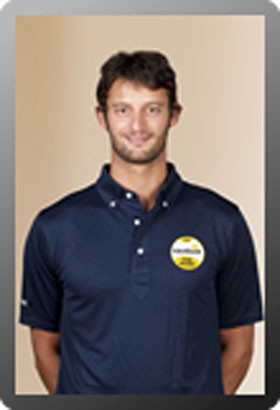 AVL-Men DG: The Last decision was made

The Biggest Missed Opportunity in Volleyball

These 3 excercises will help you increase...