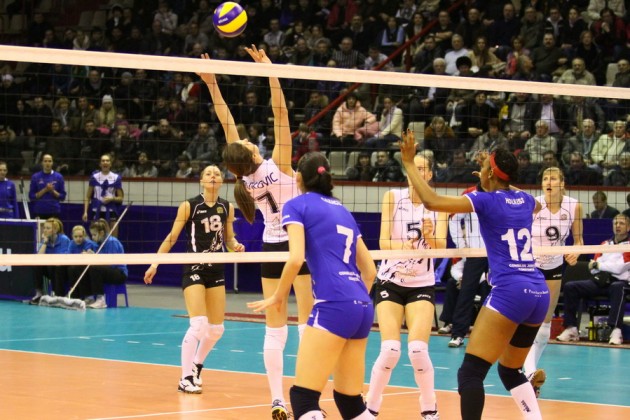 The players of Bank BPS Fakro – who in the previous round edged their compatriots of Aluprof BIELSKO-BIALA – have already found their way to Siberia. The club, also known among the fans as Muszynianka, has been competing in Poland’s highest division since 2003 and claimed the national championship a total of four times (2006, 2008, 2009 and 2011), adding to their showcase also the national cup in 2011 and Poland’s Supercup in 2009 and 2011. Their roster includes very experienced players and members of Poland’s, Belgium’s and Croatia’s national teams.

The match starring Omichka and Bank BPS Fakro will be live streamed by laola1.tv. The winner of this double fixture – the return game is scheduled for February 14 in Muszyna – will make it to the final and play there Fenerbahce SK ISTANBUL or Uralochka-NTMK EKATERINBURG.

Omichka has so far performed brilliantly in the CEV Volleyball Cup topping the charts with a total of 35 aces and 58 blocks. Natalya Mammadova is the best spiker so far in the competition with Nelli Alisheva sitting in third place, while Olga Sazhina is on top of the standings for the best servers.

“We have a couple of difficult matches against a tough opponent” says Omichka head coach Zoran Terzic. “Women’s Volleyball is extremely competitive in Poland and we shall not forget that apart from coming down from the prelims of the CEV Volleyball Champions League, Bank BPS Fakro MUSZYNA is also the current leader of Poland’s national league. We have worked very hard to get ready for these matches and I am happy that Bojana Zivkovic and Viktoriya Kuzyakina have recovered from their respective injuries. They will be able to play tomorrow and with their contribution I am confident we can score a home win”.