VT Aurubis HAMBURG defeated C.S.M. BUCURESTI in straight sets in their first clash for the 1/4 finals of the 2013 CEV Volleyball Challenge Cup. The group captained by Imke Wedekind would love to enjoy this experience at least once more. Ion Dobre hopes they can win against Helmut von Soosten's team. 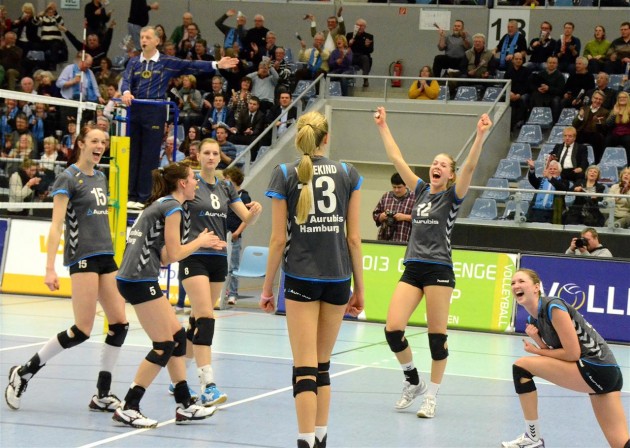 C.S.M. BUCURESTI mentor Ioan Dobre was very disappointed after his side’s defeat in Hamburg but he knows that the team has got the potential for more and may reverse that result by scoring a home win to call for the golden set.

Some fans of Aurubis HAMBURG are traveling to Romania to support their heroines and push them along the way to another positive result. If Aurubis makes it to the semis, they would repeat the result claimed last year by their compatriots of VfB 91 SUHL and most probably play Italy’s Rebecchi Nordmeccanica PIACENZA in the next round. Therefore the players coached by Helmut von Soosten will have to mobilize all of their energies to achieve this feat.