CEV CL W: Get on board for women’s final four in Istanbul

The preparations for the much anticipated final-four weekend are running at full speed in Turkey’s megalopolis and the hosts of Galatasaray Daikin. The schedule of the matches is also confirmed with Italy’s Unendo Yamamay BUSTO ARSIZIO and Rabita BAKU of Azerbaijan. 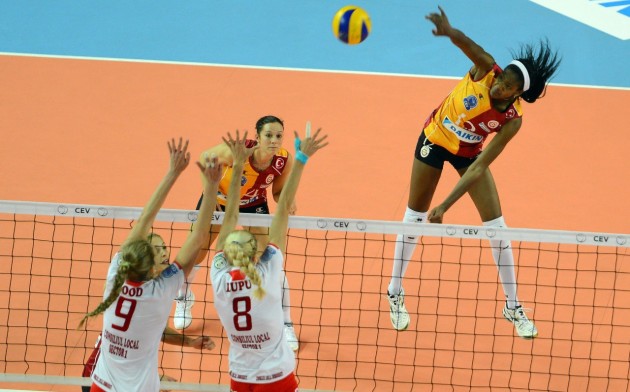 The CEV and the local organizers strongly recommend all journalists, photographers, plus TV and radio crews to strictly follow the instructions and provide all required info in order to ease up the processing of their applications. The registration will close on March 1 and late entries won’t be accepted. A comprehensive list of all media accredited for the final four will be posted on March 2.

All those who are planning to record footage of the final four – including flash interviews in the mixed zone – shall first clear the relevant rights with CEV partner the sportsman media group as per the instructions included on the online application form.

The official website designed by Galatasaray Daikin ISTANBUL provides media and fans with useful info also about accommodation, transportation, the venue and with an ABC to get familiar with the main features of Turkey’s metropolis where the final four is returning two years after the historic win claimed by Vakifbank.

The schedule of the matches is also confirmed with Italy’s Unendo Yamamay BUSTO ARSIZIO and Rabita BAKU of Azerbaijan opening the program of the semis on March 9 at 2 pm local time to be followed by the Turkish derby starring Galatasaray Daikin and Vakifbank at 5 pm.

Olympics: GB athletes head to the Job Centre after London 2012