Germany will make its 2013 FIVB World League premier Friday with a match against hosts Italy in Modena, and on Sunday in Turin. the Germans are without eight of its Olympic players. 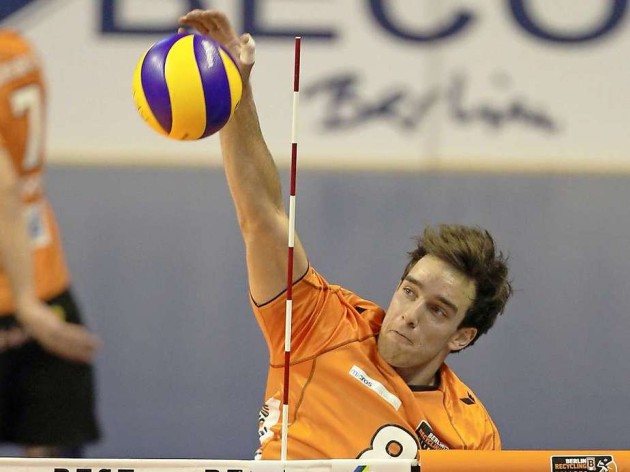 At first view, the match up looks to be a balanced duel between the Olympic bronze medalists and Germany, who finished 5th in the 2012 London Olympics. But while the Italians will be prepared with its star Olympic players, Savani, Parodi and Zaytsev, the Germans are without eight of its Olympic players.

To make up for the loss of Olympic players – who include Georg Grozer (Belgorod/RUS), Sebastian Schwarz (Perugia/ITA) and Simon Tischer (Kedzierzyn-Kozle/POL) – coach Vital Heynen has created a new team with young players, including Björn Höhne (BR Volleys) and Tim Broshog (Moerser SC).

The revamped German team showed its power during warm-up matches against Slovenia and France, but will nonetheless be tested with Italy’s experience.  “I think Italy is one of the big favourites for the title this year,” Heynen says.

After the weekend in Italy, the German team will have a break before they host Cuba in Bremen, on 22-23 June. They will go on to face Serbia, the Olympic champion Russia (in Frankfurt am Main) and Iran.

This year is the 10th appearance for the German team in the World League. Last year, the team celebrated their greatest success in the premium competition of the FIVB by reaching the final round and the fifth place.

WL M: Argentina will play vs. USA in new jerseys