Urbino, Italy, March 16, 2012. Robur Tiboni URBINO and Yamamay BUSTO ARSIZIO will play on Saturday their second match for the semifinals of the 2012 CEV Volleyball Cup. After Yamamay scored a 3:1 home win on Tuesday, team captain Helena Havelkova got slightly injured in the Playoff game with Asystel NOVARA but she will join her side for that derby with last year’s champions from URBINO although it is still questionable whether she will be able to play or not. 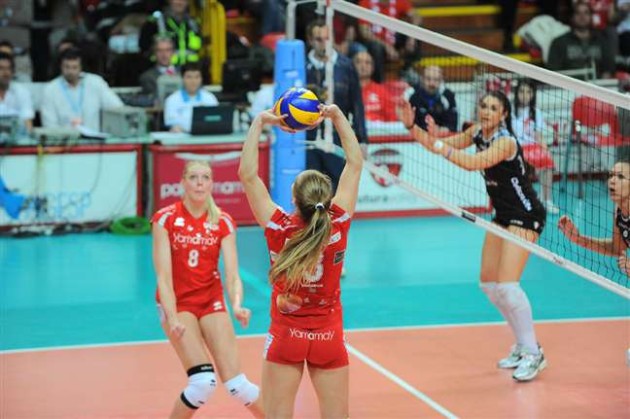 As for URBINO, the team resumed training after losing in straight sets to Volley BERGAMO in the first Playoff match of the season and will be missing opposite Ivana Djerisilo, who got injured on Tuesday in Busto Arsizio and is most probably going to be replaced by Juliann Faucette.

The winner of this semifinal – in case of a home win for URBINO, a golden set will have to be played – will challenge Galatasaray ISTANBUL or 2004 Tomis CONSTANTA in the final.

CEV CUP M: ACH Volley re-starts from the scratch after away defeat to Resovia