Hypo Tirol INNSBRUCK will be hosting next week last year’s winners of Zenit KAZAN after losing this past Wednesday to the side around head coach Vladimir Alekno in the capital city of Tatarstan. Read the latest news from volleyball world on worldofvolley.com. 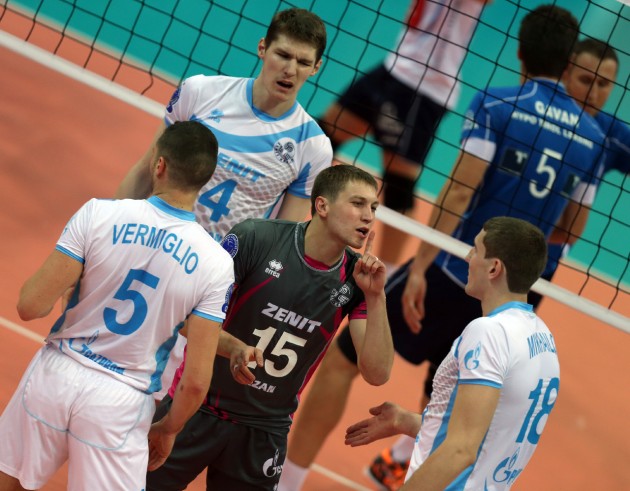 Hypo Tirol head coach Stefan Chrtiansky says: “The last match in Kazan we started out with too much respect. Zenit clearly is one of the strongest teams, but we made too many errors even in simple situations. Towards the end of the match, we were finally able to create some pressure on them with our serve and due to that we could play more effectively in block, defense and also in attack. Given that Zenit changed their starting line-up, in the third set we were able to play an open match with them and ended up with four set points, which we unfortunately could not cash. But this is what we have to remember for our home match against Zenit. We have to serve strong, not be afraid and play with confidence and determination, then we have a chance to keep the game close. We have to take it point after point and are looking forward to where that will brings us”.

It is the first time in the history of Hypo Tirol that the defending champion of the CEV Volleyball Champions League is coming to Innsbruck. The fans and supporters of the Austrian champion are already excited and looking forward to welcome the Russian champion Zenit KAZAN at USI hall. The fact that 5 gold medalists from London 2012 are playing on the Russian side and are coming to Innsbruck is adding more excitement to the already great anticipation of the Volleyball community in the region of Tirol.

The question of who is the favorite in this match is a clear one, but the hosts will give everything they have to put up a good fight and will play every point the best they can. To do so, the players around team captain Daniel Gavan will have to play with courage and confidence. “If all of us are able to play our best game there is a chance that we can compete with Zenit. And who knows, with the great support of our fans in our home hall we might be able to surprise them in some moments and we will just have to keep playing till the end. In sports, everything is possible and every little success against KAZAN is a big one for us!” so Daniel Gavan.

INNSBRUCK is expecting one of the best teams in the world and everybody is looking forward to a great Volleyball night.

NEVZA M: NEVZA U19 Championships coming up this weekend in Kristiansand