Former world No.1 tennis player Marat Safin is well known internationally as a gifted but mercurial tennis talent who could humble the likes of Pete Sampras and Roger Federer when he was in the mood. 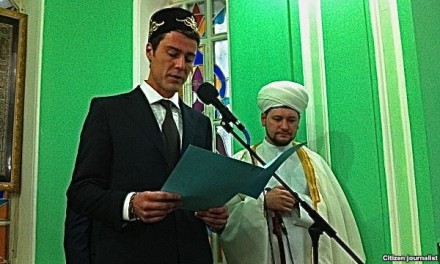 In recent years, however, the two-time Grand Slam winner has done a lot to temper his brash bad-boy image. The opulent trappings of fame are no longer so evident and his impetuous racket-smashing antics are now a distant memory.

Since his retirement in 2009, he has consolidated this newfound respectability by becoming an elected member of parliament for President Vladimir Putin’s ruling United Russia party.

“I could be the best-looking guy in the Duma,” he said. “But that’s only because all the other guys are over 60.”

It could even be seen as a timely endorsement of Russia’s system of ethnicity-based republics, which was roundly condemned on October 27 by leading opposition politician Mikhail Prokhorov.

In this sense, Safin could be seen to embody what United Russia thinks of Prokhorov’s proposal to abolish ethnic republics such as Tatarstan, Daghestan, and North Ossetia.