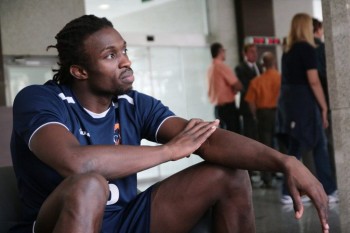 Serbian player injured knee in match against Resovia in CEV Champions League, and French club had to found someone to jump in. The choice fell on Sidibe who has prety good career behind. Excelent oposite played for Ljubljana last season where he won triple crown, and before that for Piacenza, Noliko Maaseik and Poitiers.

From which country would you like to see videos?