INTERVIEW: Ivan Miljković – I do not believe in luck

Ivan Miljković, one of the best volleyball players in the world, has spoken for Polish media about his recipe for success, why he does not play anymore for national team and many other things... Enjoy. 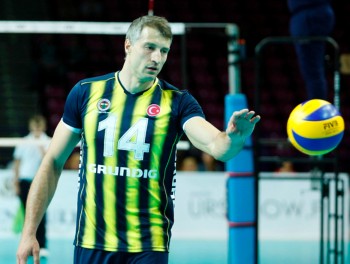 Your family is closely connected with sport, was that the main reason you decided to try as a profesional volleyball player?

“That’s right, my family has been professionally involved in sports, and that is why my parents from the beginning insisted that I practice some discipline. In primary school I trained different things: handball, tennis and swimming, but because I was weak I decided to play volleyball. And it turned out as a perfect choice, because volleyball is not a contact sport, and my lack of physical strength was not a problem.”

From the beginning you liked the sport…

“Yes, because there was no contact with other players, as I told before (laughs). After 2-3 years, I realized that it was good for me for many reasons and decided to stay for longer.”

Now you are one of the best, if not the best, volleyball player in the world. Looking back, what – in your opinion – was crucial to achieve such success?

“Let’s start by saying that I do not believe in such thing as luck. For me, happiness is a marriage between good preparation and the abbility to act smartly in the right momment. And this is one part of my theory of success. The second part is that you should never expect anyone to give you anything. First, you have to give something of yourself. This is my philosophy of life, not only in sport. And my personal success in sport is primarily product of a very hard work. Talent, of course, but it is valid only at the beginning, and then just work, work and work.”

“Then, in 1998, the national team coach Zoran Gajić selected me to represent Serbia on World Championship in Japan. I went there as the third attacker, but still Gajić let me play a few matches at the tournament. And it was the most important – his belief that I could help our national team in my early age. Whole my career started from that tournament.”

Does that mean that Gajić is your favorite coach?

“I do not have a favorite coach. From every coach you can learn something, how to do some things, but also something you should not do (laughs). Each coach was important for me.”

But do you perhaps have a favorite period in your career?

“If I had to choose, I think that would be years spent in Italy. Because this was the period when the Italian league was the strongest in the world and playing there was a very prestigious thing. When I got there, I was a young boy, I was very determined to show my best side, to prove to everyone that I’m good. And I did that. Then I went to Greece, and there I saw probably the best atmosphere, great fans…”

“But you can quickly get used to (laughs). I really liked the atmosphere in Piraeus. Now I play in Turkey, because for the volleyball player of my experience and my age, Turkish league seemed as the best solution.”

And, have you thought where do you want to live after you finish your career?

“In America, especifically in New York. And if it turns out that me and my family don’t like it there, we will return to Italy.”

So you do not plan to return to Serbia?

“Certainly not. I will always go to Serbia, as I do it now, because it is my country and I like to be there, but I simply do not plan to live there.”

Speaking of your homeland, you decided to retire from national team two years ago. Why?

“I’ll tell you something honestly. Playing for national team gave me a lot, I won the 2011 European Championship, and showed everyone that I can still be the best in Europe. And I wanted to leave at the moment I played the best as I could. It was a beautiful culmination of my 14 years playing for the national team.”

But do you plan to be with national team in some other way?

“I do not want to be coach, sports director or something similar. I am developing my own company and my focus will be on that after i finish career. Serbia can certainly be successfull without me” – concluded Ivan Miljković.

For the whole inteview visit the sportowefakty.pl.

Dominika Sobolska for WoV – “I would...