When you say Cuba, Trentino, Halkbank, of course it immediately associated you on Osmany Juantorena, one of the best players in the world. The WorldofVolley talked with him about Cuban national team, expectations with Halkbank, on loan from Trentino... so it would be interesting to read the interview below. 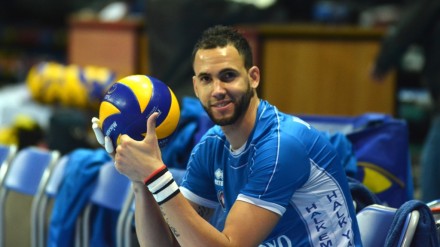 Is it true that you debuted in Cuban Championship with only 12 years and is that the record in your country?

I made my first debut with my national team when I was 16, not 12! This used to be a record until Leon, another young Cuban player, until he didn’t play his first game when he was 15.

Why did you choose volleyball?

I chose to play volleyball because it was the only sport that I liked when I was young. I wanted to play baseball, but there was no space for me and that’s why I chose volleyball. I think it was a right decision…

Have you ever thought about doing something else apart from volleyball?

I played basketball, baseball, tennis and some other sports just for fun, not on high level.

You have spent four amazing years in Italy, why have you decided to move to Turkey?

I don’t have a real motive. I have played in Trento for 4 years, and I wanted to stay but the president Mosna wasn’t in a situation to pay us anymore. Halkbank was the only club with a possibility to loan us for one year, and we are happy here in Turkey!! 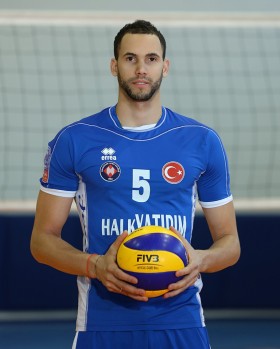 Can you compare to us life in Italy and Turkey?

In Italy everything is different than in Turkey. For me, life in Italy is much better because I was used to it since I lived in Italy for much longer time. At the beginning I had some problems to get used to the way of life in Turkey and to the mentality of the Turks. I find myself also good in Turkey.

What do you do in your free time?

Free time I have, I spend it with my family and my daughter.

How would you describe period in Halkbank so far?

Until today I think we are doing well. We still have targets to achieve and it will not be easy. We will try to make them as hard as we can. We have a strong team but we have to show it on the court.

Would you say that your club is the main favorite for every trophy in this season?

Like I said before, Halkbank is a strong team but also other teams are strong and have big goals like we have. I cannot say that we’ll win everything, but we’ll try to go strong for any single point in every single game that we have to play. After that we’ll see who is going to win.

And for the end, there are a lot of rumors that you will be back in Trentino on summer, so can you reveal us where will you play next season?

I still have a contract with Trento, I am only on loan here in Halkbank for one year. Halkbank already spoke with me about staying here, but I just want to wait the end of the season and see what will happen. We’ll speak when the season is finished.

If you wish to check out more interesting interviews, visit our Interviews page.

Read more about this player on WoV Community profile of Osmany Juantorena.