EXCLUSIVE FROM FINLAND: Baltar – “Coach DID push me, players are scared”

We have the other side of the story from Finland! 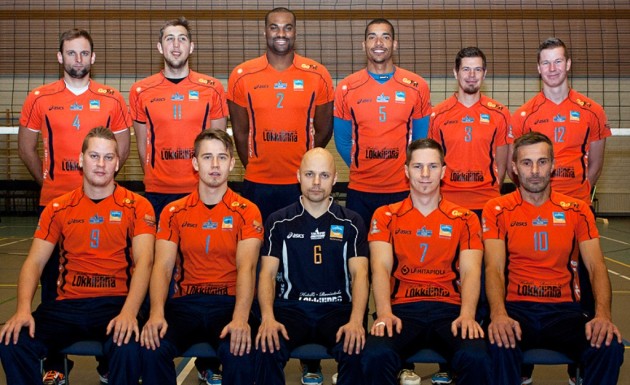 WorldofVolley was among the first volleyball websites to write about the unpleasant scenes from Finland, where there was a big argue between head coach of LiigaSärkät Shailen Ramdoo and player Bruno Ribeiro Baltar. After that, coach Ramdoo has contacted us and denied that there was any physical contact between him and the player, and accused Baltar for unprofessional behavior.

But, Baltar has also decided to tell his side of the story. He contacted us and sent a letter, which we now present to you:

“Shailen Ramdoo has told his side of the story and now I want to tell mine. The situation escalated during the time-out in the second set of the game in Joensuu. Ramdoo got mad at me because of one missed point. I tried to tell him that the pass was bad and that it was only one single point. Ramdoo got upset about the situation and started behaving aggressively. He shouted at me, told me to sit down and then he pushed me! There were plenty of witnesses.” 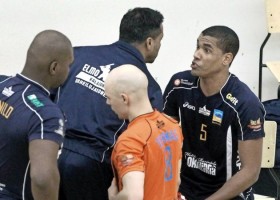 “I am a professional and I always act like one. I’m an experienced player and I also would want to state my own opinion. I expect that the coach treats me as a professional. But that was not the case in LiigaSärkät. Ramdoo thinks he is some kind of a ‘supercoach’ who is always right, but in my opinion, the other players are just scared to approach him and talk to him. However, I don’t have any troubles talking to him, but he is just not interested in hearing players’ opinions.”

“The first incident where he verbally assaulted me happened just a few weeks upon my arrival. I can’t accept him shouting to me and pointing his finger at me like I’m a child. I am also surprised about the accusations about me not adapting the team rules. I haven’t had any problems with the team or the rules. Nor have I had comparable troubles with my previous coaches even though I have been playing volleyball for ten years. Shailen Ramdoo also said that he is a well-known coach and he will destroy my reputation and end my career so that I will never again play in Europe. I don’t think that is the right attitude for a professional coach.”

“Ramdoo informed me that my games in LiigaSärkät has come to an end. But because of the last conflict and what he said about me, I wouldn’t have continued playing for Ramdoo by any means.”

POL M: This is how Lubin stunned Resovia – highlights (VIDEO)

I know this coach very well and he must be stop ”VOLLEY” cause he is not a coach. He really think he is a high level coach and very agressive person. I hope any club in the world Hire this coach. It will be no sucess

And what does the club have to say about this? Are they also affraid?

Well, club is only this team, nothing else. Owners voice, co and also coach are all the same. Club did buy their licence to play from coach last year team becouse they was quitting. Dictatorship.

This coach is also saying that he is/was a coach of USA national team. Do you really want to know happen?
Have you ever heard a story of a persons coming to see the training sessions of one strong team (club or national selection), they ask if they can watch and…?
And after 2 days they pass the balls to the players, after 4 days they help players make streching at the end and after 6 days they already have a team’s uniform and consider the ‘belong’ to the team?! And after this they go around and speek about ‘their experience’ with the team??!!

This is the kind of the coach we are talking about…

Interesting stories.. I’ve been working with this person, and NEVER seen anything like him. I’m interested to hear more stories of his career. He always tells how wanted coach he is, and could whenever go abroad to coach national teams if he only wants. No doubt..