Miljković for WoV: “I took opportunity to take Italian citizenship, but…”

On the trail of the news that legendary Serbian opposite Ivan Miljković received an Italian citizenship, we contacted him to find out the reasons for that decision and to inform the public and fans about his plans in the career. 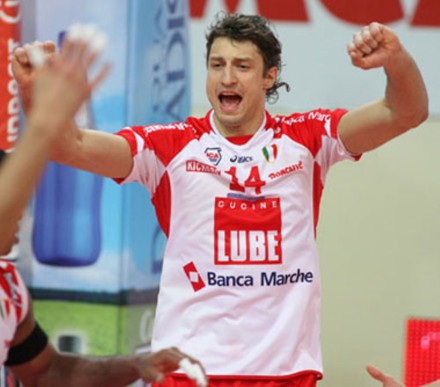 Ivan Miljkovic while playing for Lube

Why did you decide to take Italian citizenship just now when you are near the end of your career?

“According to law, I had the opportunity to become Italian citizen and I took the opportunity of it. It’s certain that it can’t hurt me in any way. As always, I wanted to keep personal things like this for myself and a small circle of people close to me, but it’s obvious that the news in such a small Italian town as Macerata intrigued many ordinary people, but also Lube fans and the local media.”

Does it mean that you will continue living in Italy or maybe play there, now as a domestic player? The rumor is that you might sign for Lube.

“It doesn’t automatically mean that I can play as a domestic player in Italy with Italian citizenship. In case that some Italian club wanted to start a procedure so that I could play as a domestic player and not as a foreigner, which would in any case be an advantage for the club, because they would have the opportunity to hire one more foreign player, further procedures and time depend on wishes of the potential club as well as FIVB procedures. Whether this will be Lube or some other club, for now I don’t have the answer.”

So, would you accept to play in some club outside Italy if it calls you?

“I have played many seasons outside Italy, which means that the call by a club from a country other than Italy, wouldn’t have been unknown to me and my family. This situation doesn’t have to mean anything at the professional level. For now, I’m having a well-deserved break after an exhausting season and I think that I have enough time to search for the club for the upcoming season. Years go by, but I hope that in the next couple of seasons I could contribute to some team, both in Italy and abroad. The desire for that from my side was never an issue.”

Recall, Miljković had seven successful years while playing in Lube (2000 to 2007) during which he has won the Champions League, CEV Cup twice and several other other trophies as well as many individual awards.

WL: Beruto – “I’m very happy with my team’s attitude”; Edgar- “We had a few lapses during the game”

EXCLUSIVE FOR WOV: Bruno Najdič – “The...