Carlo Magri, the President of the Italian Volleyball Federation (Fipav), wanted to express his point of view and the position of the Fipav regarding the outbursts of diissatisfaction from Macerata after the invitations of the head coach Mauro Berruto. 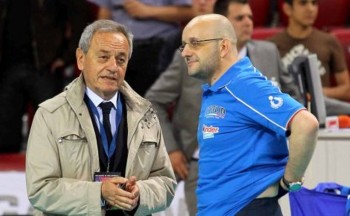 “This national team, which in recent years has given us a lot of satisfaction, is preparing to celebrate another important step in their history “, the president Magri said, “Despite a logical process of generational change, once again we are present in the final stage of a great event with our greatest ambitions. Past few hours we have read the bawl of the players and some team executives. Lube Banca Marche Macerata was, and is a very important club in the panorama of the Italian volleyball and I will take this opportunity to personally thank the Lube president Giulianelli for the passion and the economic commitments he has been making in recent years. Several of his players have been part of present national team giving us great satisfaction. “

Magri added: “But what is fair to say, even if it is very obvious, is that technical decisions belong exclusively to Mauro Berruto that has always worked for the good of the national team. There is a goal that he will continue to follow leaving the doors open to all players, as he himself has confirmed to me. I understand the bitterness of the players, but we will not consider it because the good of the national team is on top of everything. “