The representatives from the organising committees of the FIVB World Grand Champions Cup in Japan and the age-group FIVB World Championships scheduled for next year, presented their updated reports to the World Congress on Friday morning in Anaheim, USA, confirming the respective dates of the competitions. 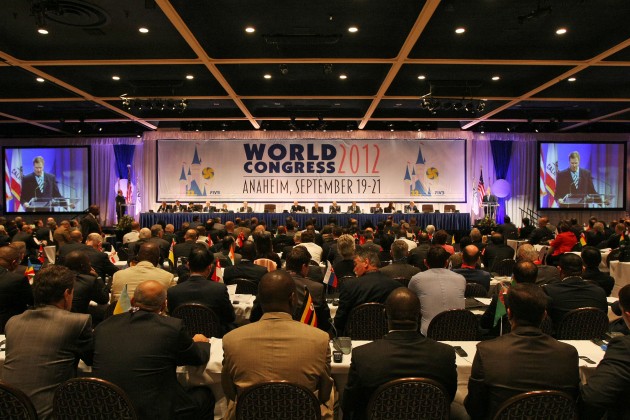 Each one of them showed videos of the playing venues, hotels for players and officials and other facilities including transportation.

Following the traditional format, six teams – Japan as host country, four continental champions and a wild card – are expected to play in the Grand Champions Cup in both genders. Those sides will compete under a round-robin format in November of 2013.

Twenty teams made up of the blue chip prospects of the future –an increase of four compared to previous events- are scheduled to compete in the age-group championships and, according to the competition format, sixteen of the teams will play eight matches and the last four will contest seven matches in a 10-day period.

Meanwhile, six cities from seven candidates will host the 24 teams to participate in the 2014 FIVB Women’s World Championship to be played in Italy. The event will be played during a 17- day period including five days of rest.

The event will open in Rome and will be conclude in Milano. The five other candidate cities are: Verona, Trieste, Modena, Ancona and Bari.

ITA M: Lube Banca Marche presented its team… and wants to win it all

POL M: Ambroziak Memorial – Olsztyn and Arkas are in the semifinals