Cristobal Marte Hoffiz appointed Dominican Dr Jose Joaquin Puello Herrera as one of the five members of the Ethics Panel of the International Volleyball Federation on The FIVB World Congress. 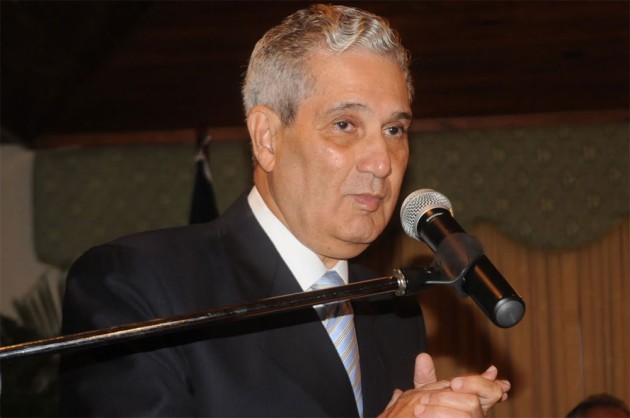 Each one of the five continental confederations is represented in the Ethics Panel which is empowered to review issues of ethical natural and submit proposals to the Board of Administration or the Congress and also specific provisions in the Disciplinary Regulations.

The candidature of Dr Puello Herrera was presented by Cristobal Marte Hoffiz, President of NORCECA who highlighted the qualities and long career of the veteran sport leader.

Dr. Puello Herrera, a current member of the IOC Medical Commission, presided over the Dominican Republic Olympic Committee from 1982 to 2003 and the Central American and Caribbean Sport Organization (CACSO). He chaired the organizing committee of the 2003 Pan American Games held in Santo Domingo, Dominican Republic.

The other members of the Ethical Panel are: Khlaid Abu Rashid of Kingdome of Saudi Arabia (AVC), Abdelhadi Ghzali of Morocco (CAVB), Lisa Waniright of England (CEV) and Ruben Urrutia of Uruguay (CSV).

NORCECA M: Coaches are ready for the Men’s U-23 Pan Am Cup

Which save is better? (VIDEO)