The International Volleyball Federation (FIVB) Sports Events Council completed its annual two-day meeting in Lausanne, Switzerland on Tuesday by firming up the qualification process for the 2016 Olympic Games. Two teams from the 2015 World Cup, One team from each Confederation... 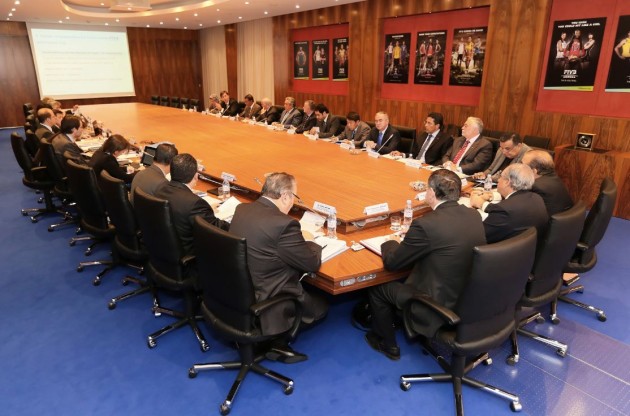 The 12 countries participating at the 2016 Olympic Games in Rio de Janeiro, Brazil will qualify via the following criteria as per the FIVB Board of Administration decision earlier this year;

However the Sports Event Council, chaired by FIVB executive vice-president Aleksandar Boricic, finalised the individual qualification criteria to these events, which will be proposed to the FIVB Board of Administration in 2013 for final approval.

The 2015 FIVB Volleyball World Cup is proposed to be the first Olympic qualification event, taking place between August 22 and September 22. The proposed participants for the World Cup – which will feature 12 teams – is the host country, the 2014 world champions and two countries per confederation either via a continental tournament or the two highest ranked countries from the continental or FIVB ranking as of January 1, 2015.

The four 2016 World Olympic Qualification Tournaments will each feature a host country plus three other countries coming from the top two teams not yet qualified per confederation (decided either by the 2015 Continental Championships or other Continental Olympic Qualification Tournament plus two teams who, not yet qualified, are the highest ranked teams on the world rankings (not from the same continent).

The Council also confirmed that the FIVB Under 23 World Championships Open will have 12 participants per gender, to be filled by two countries from each continent to be determined by the confederations’ own qualification criteria, the highest ranked country in the senior FIVB world rankings and the host country.