Personal Bolivar defended second place in the Argentine Serie A1 with a straight sets win against Olimpo de Bahia Blanca 3:0. Angel Dennis was the top scorer in Javier Weber's team, Rodrigo Villalba in Fabian Muraco's. Giba and Donald Suxho were back in the team. 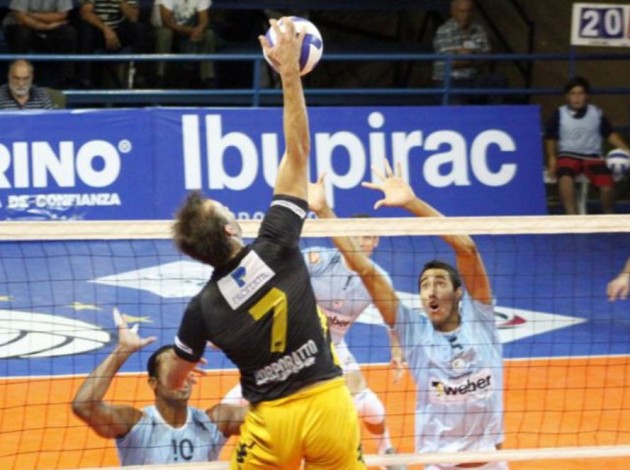 Giba and Donald Suxho returned to the team.

In the second set Fabian Muraco‘s team kept up until the sixth point, after that Bolivar came up 11:7. They increased the lead 18:11, and after that finished the set 25:17.

Olimpo played well in the beginning of the third set, they were up 0:2, 3:6, but after that Personal Bolivar took the advantage 10:9. They maintained the lead and won 25:21.

Angel Dennis was the top scorer in Javier Weber‘s team with 18 points, in Fabian Muraco‘s it was Rodrigo Villalba with 13.

ARG: Argentine Cups – the mascot is...