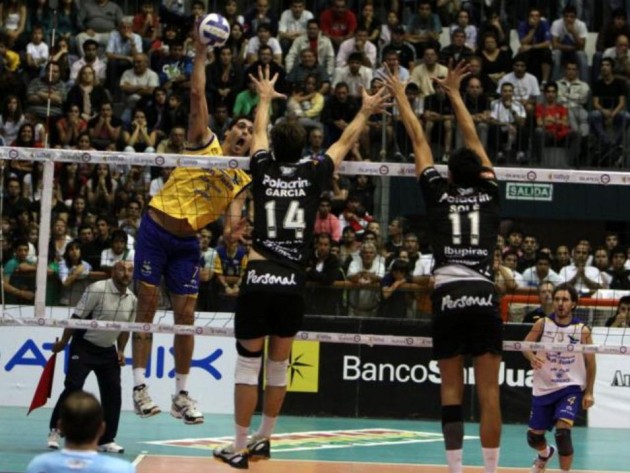 Big success for UPCN SAN JUAN that managed to qualify for the finals for the fourth consecutive time. Over 7000 people were watching the game.

The home team didn’t play well only in the first set where Personal was leading the whole time and won 14:25.

For the second set it was clear that UPCN wanted the victory. After an equal start, the host got to a lead in the second part of the set 19:15 mostly thanks to Olteanu. Driven by its fans UPCN tied the score 25:22.

The third set started with point for point game, it was 8:7 on the first tehcnical time out. After that the host got to a three point lead 20:17 and finished the set 25:20.

UPCN made a strong start in the fourt set 4:1 and maintained the four point lead 11:7, 19:13 and quickly after that finished the game 25:19 and qualified for the final.

Angel Dennis was the top scorer with 24 points, followed by Evandro Guerra with 22.