The return of the heir – Facundo Conte

Facundo Conte overcame an injury that led him to a surgery in the beginning of the season, and shone in the last month of the year to excite his fans all over the world. 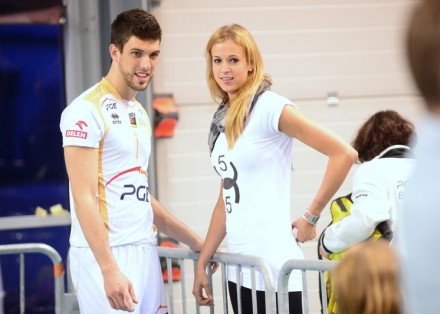 The season for Facundo Conte, the son of Hugo Conte, started dark. He suffered a surgery on his right shoulder that unable him to compete with the National Team for an entire year.

Nevertheless he didn’t play with Argentina, he was close to his team and suffered the bad streak that threatened the squad (1 match won over 12). He shared reunions, meals, barbecues and also celebrated birthdays with his friends Sebastian Sole, Rodrigo Quiroga and Nicolas Uriarte, among others. He was important for the squad, even when the pain after the surgery didn’t let him sleep some nights.

Fans had to wait to see his idol on his new club, Skra Belchatow, where he was going to share the field with his friend Nicolas Uriarte after his last season in Russia. The following months were only for gym and physiotherapy, while visited the station of Belchatow and shared some moments with his new teammates.

On September he finally took part in a friendly match as libero, on his first contact with the ball after months. Miguel Angel Falasca, his coach, decided to protect him and accepted the times of the rehabilitation. In that position he played the first matches of the season, in the period of preparation for Plusliga and European competitions.

The wait was over on the 6th round of Plusliga (18/11), but the magic had a delay until the last days of the month, when Belchatow visited the same rival of Conte’s first match after the injury: Lotos Trefl. The outside hitter was in the initial line up and scored 11 points that rounded a great performance. After the match he was going to express: “After so much time, effort and patience it’s time to be happy again”.

On his second game he was highlighted on reception and his performances where ascending as the matches went by. On his fourth game, only a month before his return, he was awarded as Most Valuable Player and with his presence on the court, Skra didn’t lose any more game. The last date of the year was also a victory for the Polish team that closed 2013 with high expectations about Conte’s return.