This last weekend took place as programmed, a Mini Volleyball Clinic with the participation of 30 coaches organized by the FIVB Argentine Volleyball Regional development Centre (CDRV) in the city of Colón. 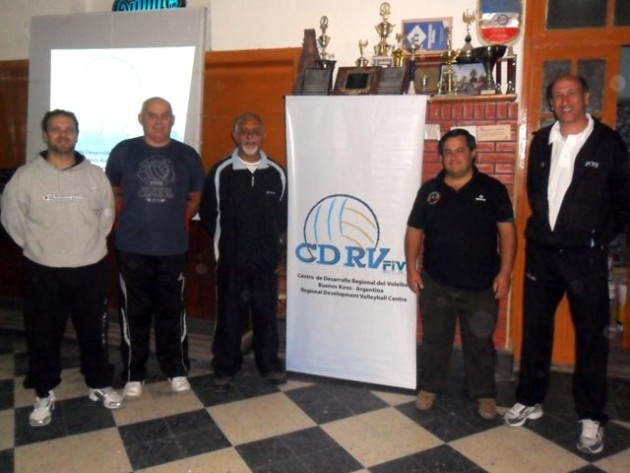 Held at Club La Armonia on Sunday, April 22nd, supported by the City Hall Secretariat it started at 9.00 to end about 18.00 in charge of Prof Horacio Gómez in charge of CDRV mini volleyball, helped by Prof. Diego Grillo.

Among the 30 participants, where not only from the host province but also from Misiones and even from the neighbourhood country of Uruguay. Club La Armonia helped also at the training with their own children.

At the event also were the President of the Entre Ríos Volleyball Federation, Carlos Becker; the President of the Organizing Club, Prof. Horacio Moreira and Colon Sport Secretary, Prof. Carlos Salvo; all supporting such important CDRV activity that heads towards the growth of the grass-root categories as main goal since its creation.