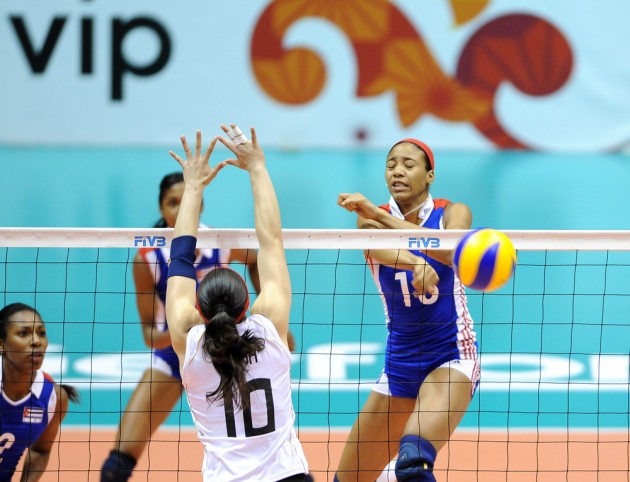 Argentina failed to find an answer to cuba‘s attack in the first. The Cuban players were clearly dominant in all aspects and never allowed their rivals to come close before taking the early lead.

The second set saw better play and a more positive approach by the Argentinians, but it only lasted till the second technical time-out. After the break, Argentina lost their breath and Cuba once again easily wrapped up the set 25-19.

The third set was almost the same as the, however, after the time-out called by Cuban coach Gala Rodriguez, everything went back in place. Cuba easily turned the score to their favour and went to the second technical time-out with the lead 16-14. It seemed that in the last stages of the sets Argentina couldn’t compete physically with powerful attacking of Cuba. Therefore, Cuban girls got an easy victory in the last match of the tournament.