Personal Bolívar coaching staff works to complete the roster for the next season and their efforts were successful so far. It is confirmed that three key players will remain in the club: Alexis González, Nicolás Bruno and Pablo Crer. 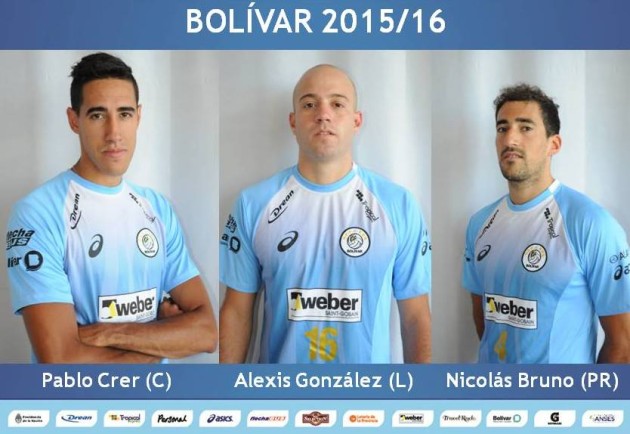 González, who ended his second mandate with Bolívar (the first was in the season 2012/13), was awarded as the Best Libero in the Argentine league for the season 2014/2015 and as the 2nd Best Receiver.

Bruno was the Best Receiver in the previous season of Serie A1 and the 4th Best Spiker, becoming the part of league’s dream team. It will be his second season with Bolívar.

Crer, the 2nd Best Middle Blocker in the national championship, will spend his fourth season in the squad of Argentine vice-champion, as he already was in Bolívar between 2011 and 2013.

Bruno and Crer were also part of the current roster of Argentine national team which qualified for the World Cup in Japan. Both became members of a Dream Team on the Qualification Tournament in Cali (Colombia), which ended last weekend.