After the successful Argentine Volleyball Coaches Congress held in the city of Santa Fe, August 3rd - 5th with 470 participants from all over the country, the Sport Director of the city, Bernardino Landi showed his satisfaction for the summon and the great interest shown by coaches to improve their training towards developing Argentine Volleyball talking an "only" national language. 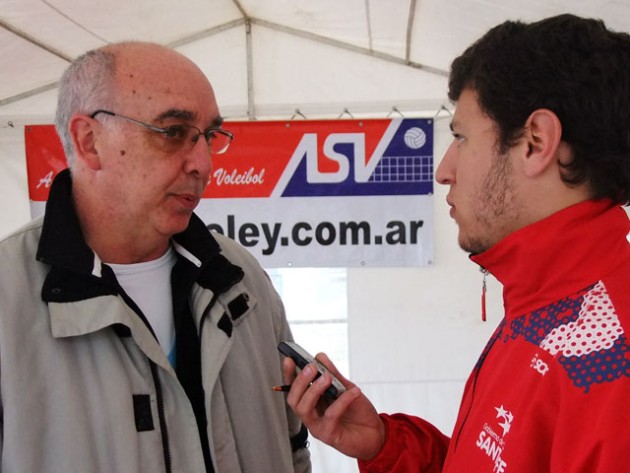 “One got surprised by the quantity of people that came to exchange experiences and the high level of the lecturers that participated of this Congress. No doubt, our regional volleyball enriched itself with this event”expressed Landi after two outstanding dates with nearly 500 coaches that met at UPCN Santa Fe facilities.

The capital city of the province, with a long volleyball history, was the venue for the unforgettable and historical qualification for the Women Beach Volleyball London Olympic Games 2012 for Ana Gallay and the local player, Virginia Zonta.

“I believe that training as this one has a quick answer on children that play volleyball generating a very important social contention and that is what we want at this City Hall, that the boys gather inside clubs taken care by teachers and training sport” he finished saying.

Also, during the Congress itself, Landi representing the city officials lead by the City Hall Mayor Jose Corral met with Juan Antonio Gutierrez, Argentine Volleyball Federation president to advance in holding the South American both genders Championship with the goal that if this happens it will be the first one to take place in Argentina, as until now only men phases have taken place.

It is one more step forward in the growing relationship of common volleyball engagement between the FeVA and the booming Santa Fe city that works so hard to increase sports.

ARG M: Argentina youth’s boys had a great match against Italy in Bolivar