Argentine girls that participated of the first historical U 23 Women Pan-American Cup held in Lima, Peru arrived on Monday morning. The light blue white team overcame in their final match the host team of Peru winning the Bronze Medal, adding one more Podium place to Argentine history. Now, the Juniors that participated in this tournament will face the South American Championship that qualifies for the 2013 World Championship. 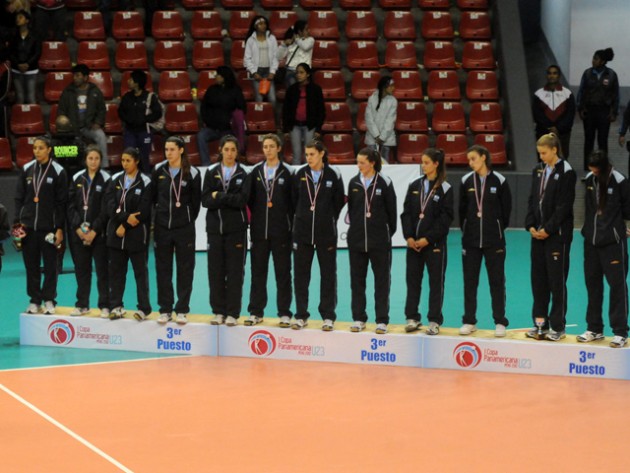 No doubt, they not only won international experience, losing only against the two teams that won the Gold and Silver Medals, Dominican Republic and Brazil – two very strong American teams – but also improved their play towards the next international engagement.

The Argentine girls also won individual awards. Lucia Fresco as the most shinning star, as best scorer and Antonela Curatola as best setter. Added to one of the Juniors’, from Santa Fe Jazmin Molli was prized as the best libero of the competition. Three awards that write history together with the Bronze Medal in Argentine Volleyball.

The Juniors’ South American Championship starts October 4th with a new concentration in the final path of training for the National Team.