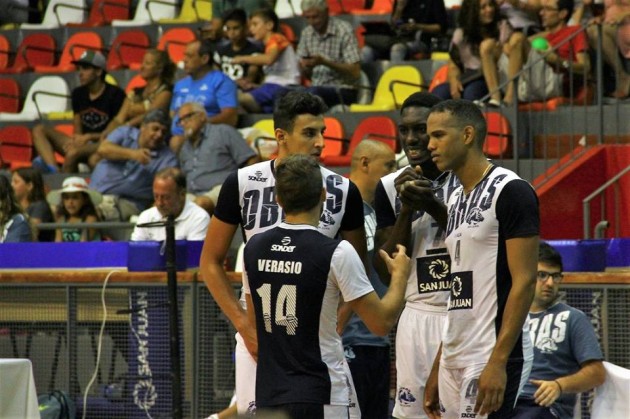 The Cuban Osmel Camejo topped the winning side with 24 points, while Maximiliano Scarpin added 6 kill blocks. Federico Pereyra scored 19 points (3 aces, 2 kill blocks) for Lomas, who just returned from the 2018 South American Club Championship and maybe underachieved a bit because of this. Alejandro Toro contributed with 73% reception (53 digs, 1 error).

The titleholders and also the top-seed Personal Bolívar, recovered from a debacle in the continental tournament and an injury of their starting setter, the Belgian Frank Depestele, and took a 2-1 lead in the series against No.8 Monteros Vóley Club. The team coached by Javier Weber prevailed by a 3-2, partially 21-25, 25-23, 19-25; 25-20, 15-13.

These two teams are waiting for their rivals in the semifinals.

FIN M: Etta sweep Hurrikaani and get close to claiming No.2 for playoffs

BRA M: Lucarelli renews with Taubaté, Modena not giving up on hiring him?