Brazilian team player Jaqueline Carvalho got an unexpected tribute from a fan. He tattooed her picture from the game against Serbia in the Olympics on his back. WorldofVolley brings you the latest volleyball news. 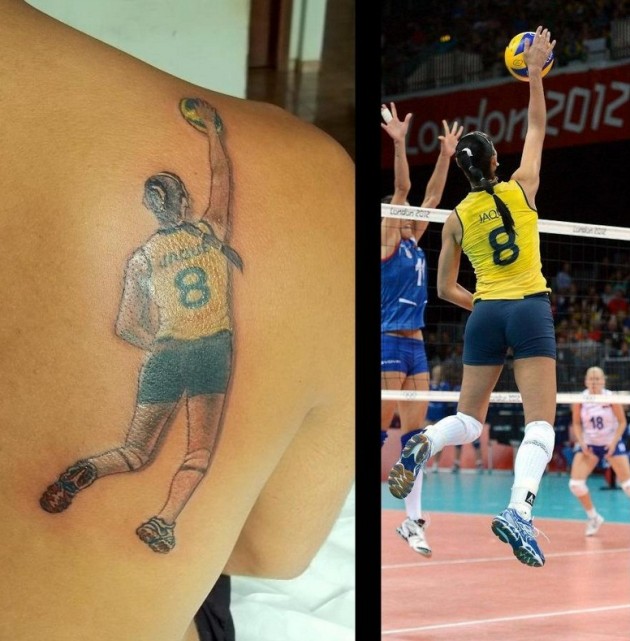 On Twitter, Jaqueline Carvalho published the image of the tattoo and said she was thrilled with honor.

“I do not know who he is, just know his name is Mah Bonato… I was thrilled because I could not imagine I had that kind of affection!! Thank you from the heart” she wrote.

Soon after, the player has posted a montage with the tattoo and the photo of the original. “Gorgeous!” she wrote.

Jaqueline was the highlight of Brazil in winning the gold medal in the Olympic. Despite not having shown good performance in the first match, later she took responsibility, against the United States, and was the player most used by setter Dani Lins.

WCH M: The most exciting game so...