BRA M: SESI tries to get back against Medley Campinas

SESI tries to get back in shape with a win against Medley Campinas in a repetition of the last year's Paulista finals. Murilo Endres and Marcos Pacheco shared their expectations. WorldofVolley brings you the latest volleyball news. 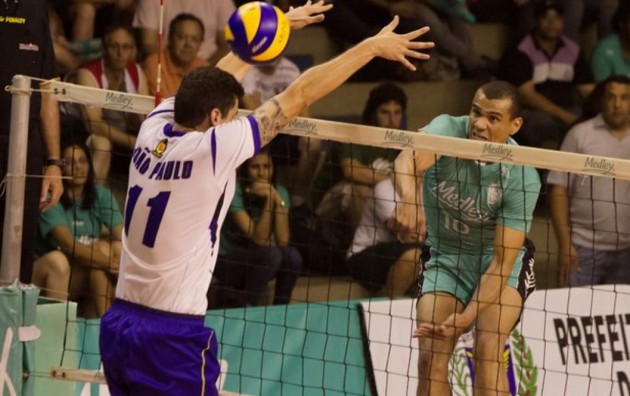 SESI ended the first round of the competition in third place with 24 points (seven wins and four defeats). The team adds six consecutive victories and weren’t defeat since Dec. 8.

Campinas was fifth in the first round with 20 points (eight wins and three defeats).

“Surely we’re missing Sandro, that hurts, but Thiago played the last game and he was very good. It will be a test for the whole team, but I think, for him, even more. We started poorly and improved in the table over the course of the games. Now we get to start the second round and get wins against better, more expressive teams, with whom we fight for points” Murilo Endres said.

“Rivaldo is our main player in terms of attack, and the numbers prove it. But against a team like SESI, we need an excellent performance of the whole team. We need balance. Of course, this is a very difficult game. If our team depended on one player, it would be very difficult. We have reached the second round. It’s a new chapter in the Superliga and we will meet with all teams again. The teams are well balanced and this is the time to stand out among the top finishers” Marcos Pacheco said.

BRA W: Walewska is back into training!