Praia Clube defeated Pinheiros and reached the top of the Brazilian Superliga. It was the fifth consecutive win for coach Spencer Lee's team. Leticia Hage got the Viva Volei trophy. 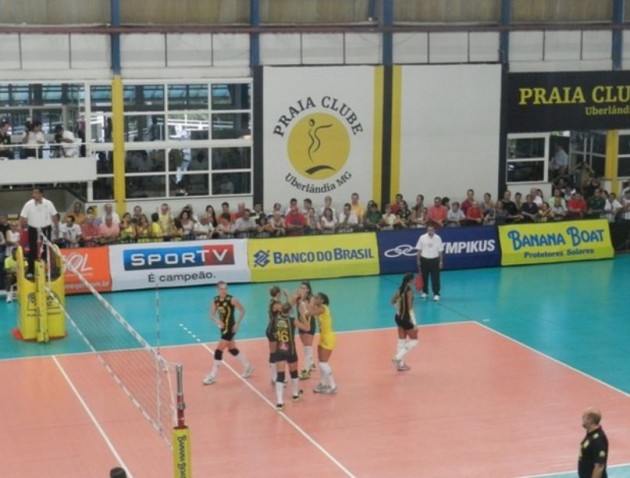 The match between Praia Clube and Pinheiros began balanced. Switching points early in the first set, the home team came out with the lead on the first time out with 8/6 on the scoreboard. After that Praia Clube continued with their great game and won the set 25/16.

In the second set, reversal of roles. Pinheiros started with their good attack. They dominated and maintained good advantage on the scoreboard. It was like that throughout the set which they won 16:25.

The third set was quite busy. Praia Clube opened 6/1, after that it was a balanced game until 21/21. Backed by the crowd, the home team had more consistency in the final moments of the set and won in 25/21.

The balance also set the tone for the fourth set. Praia Clube kept the advantage of a point. It was later in the set when the hosts opened their lead to 19-16, and victory was ner. Pinheiros reacted, but had errors in the decisive attacks. Praia Clube closed the set 25/18 and got another home victory.