Praia Clube lost in the derby match to Unilever 2:3. Coach Bernandinho's team managed to break Praia's invincibility at home. Regiane and Gabi were crucial for the win. WorldofVolley brings you the latest volleyball news. 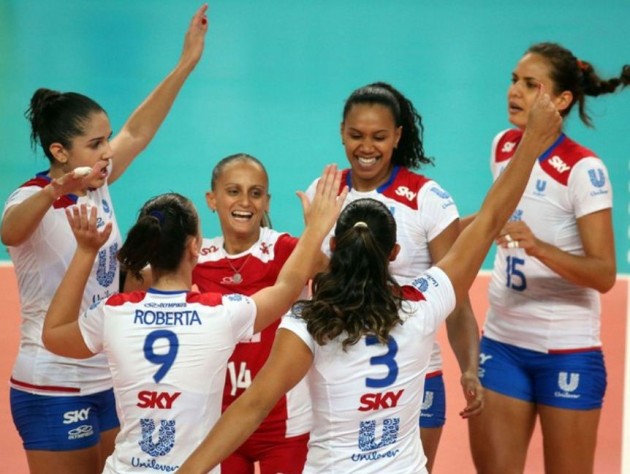 The home team opened a lead and had the chance to win the set. They were leading 20 to 14. Bernardinho then made some changes and what seemed impossible happened. Unilever made six consecutive points, and wom the first set 24 to 26.

The unexpected defeat in the first set did not shake the home team, who opened 6-4. When it was 24-16 for Praia Clube it seemed that the set will be over easily. As in the first set, Bernardinho changed. This time, he entered Regiane and Gabi, and they slosed the gap to just one point. Praia Clube lost seven opportunities to close the set, but eventually won 25:23..

In the third, Unilever reached the first technical time-out witha lead (6-8). After that they increased the lead to 13-20. Victory was close but then Praia Clube started to come back. They took six points and it was 19 to 2. But their reaction stopped there, and the leader of the Superliga won 19-25.

The fourth set started equaly at first, but Praia opened a lead in the middle, 18 to 11. Bernardinho resorted to the strategy that worked in the first set, but this time it didn’t work and the home team won 25-21 and took the match to a tie-break.