Jaqueline Carvalho led Sollys Osasco to a victory against Rio do Sul 3:1. With this win Osasco keeps up with Unilever at the top of the Superliga table with 33 points. Rio do Sul is 8th. In the next round Osasco plays Praia Clube, and Rio do Sul meets the leader, Unilever. 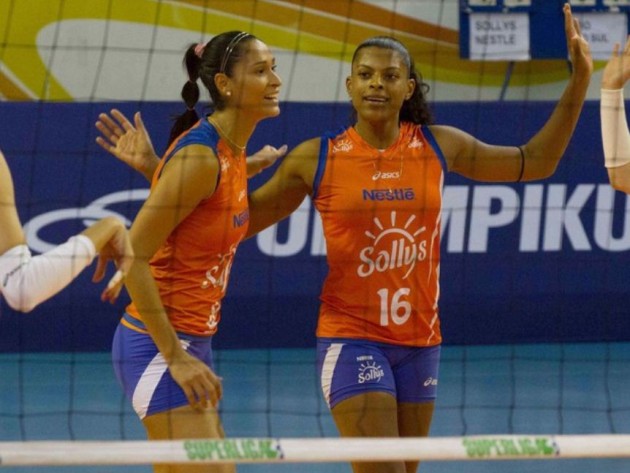 Before the match, players and audiences paid a minute’s silence for the victims of the tragedy of Santa Maria, where a fire in a nightclub in the early hours of last Sunday left 234 dead.

Voted best on the court with 18 points, Jaqueline also celebrated the good performance of the team after the loss to Pinheiros. With six blocks the she stressed the importance of more experienced players in difficult times of the matches.

“I think the older ones have that responsibility. When the girls got hurt, I knew my responsibility, to take the game. I could help the younger girls. I want to help the best way possible, whether in passing, attacking or blocking. Today, I think we did very well in blocking, which was one of the main reasons for the team’s victory.“

In the next round Osasco plays Praia Clube, and Rio do Sul meets the leader, Unilever.

WCH M: The most exciting game so...