Sesi-SP opposite player, Lorena, complains about the lack of opportunities in the Brazilian national team and heads against the coach Bernardinho. Read the latest news from volleyball world on worldofvolley.com. 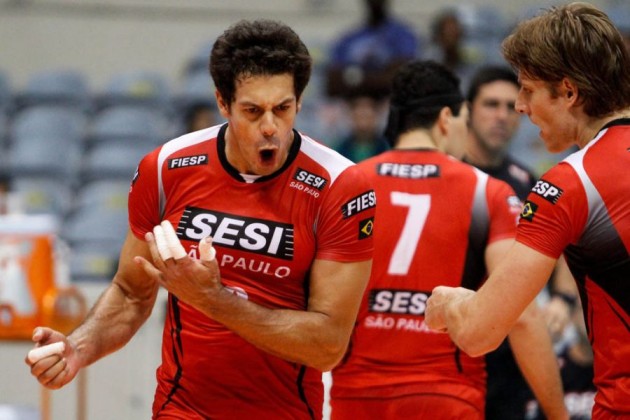 Known for his explosive way on the court, Lorena decided to go the same way against the coach Bernardinho. Complaining about the lack of chances in the Brazilian national team he admitted he has an “aggressive” style of play, but he says Bernardinho was not honest with him.

“I never got a chance in the national team. My great anxiety about Bernardinho is judging me without knowing me. For me, it’s the same thing as nothing“, he said.

Lorena commented that many players summoned by the coach does not deserve more chances than him. Recalling that the opposite was a leading scorer in the Brazilian League and has been pre-drafted by Bernardinho for the Volleyball World League 2012, but eventually his name was left out.

“I do not know what to think of him. I should at least train with the selection. He never wanted to test me, he always wanted to criticize me.”

“I do not know him and I have nothing to say about him. I never made a part of his team, he judged me for other things and not for volleyball,” Lorena said.

Lorena is loved by fans and hated by Sesi rivals.

“I’m aggressive in sport and i think it is the right way to be. I’m here to win and not to be friends with anyone. I’m not a hard guy, i have always played for the biggest teams,” he concluded.