The FIVB Club World Cup 2013 will take place in Belo Horizonte (Brazil) from October 15 to October 20. 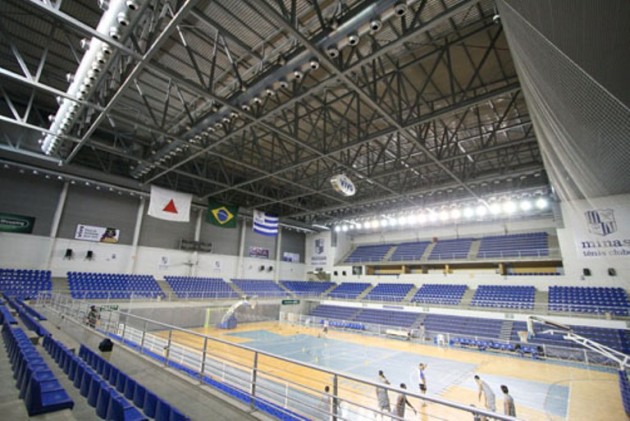 For the first time since it’s reintroduction, the tournament will not take place then in Doha (Qatar), but in one of the most populous and important cities in the south-east of Brazil.

The entire event for men (the female tournament will be held in Switzerland) will take place at the “Juscelino Kubitschek Arena”, one of the leading sports facilities in the city that can store up to 5,000 spectators, depending on the sporting event in act; waiting for confirmation from the FIVB if this arena fulfills conditions.

The arena, named after a former mayor, and then governor of the region and the Brazilian president, is home of the matches of Vivo Minas, one of the highest rated clubs in the Brazilian Superliga.

The team have failed to qualify for the Club World Cup just a month ago losing at home in South American competition which assigned a place in the tournament.

UPCN from Argentina made a triumph to ensure a part in the Club World Cup along with next teams: Sfax (Tunisia) from Africa, Europe’s Lokomotiv Novosibirsk (Russia) and Kalleh (Iran) from Asia.

Vivo Minas could still fall within the participants considering the fact that two additional wild cards will be granted by the FIVB to Brazilian teams.

The last place available will be awarded to the club from the Confederation of NORCECA (North and Central America), which is usualy decided arbitrarily without putting in place any qualifying tournament.

Trentino Volley, world champion four times between 2009 and 2012, will be at the starting line for the fifth consecutive year, having received a wild card from the FIVB to defend in Brazil its hegemony in the world.

To find out more information click on Latest news.