4 Olympic champions will now resume their commitments with the Brazil at the training center Saquarema to prepare for the 2013 FIVB World Grand Prix. 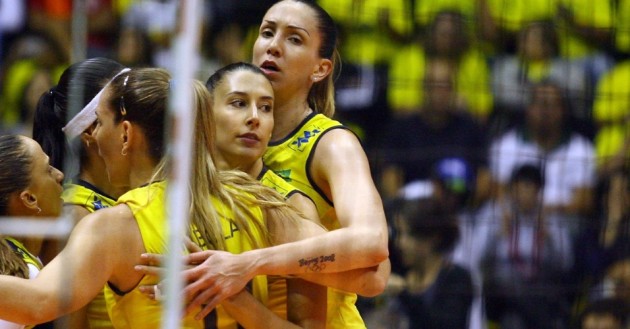 Olympic champions are gathering for the Grand Prix 2013

Coach Zé Roberto Guimaraes has released his preliminary roster for the tournament which will be held from August 2 to September 1.

With the return of Sheilla, Thaissa, Fabiana and Fabi and the absence of Jaqueline, the “green and gold“ team is looking like this:

Most of the players on the roster recently competed at the 2013 Volley Masters in Switzerland and 2013 Alassio Cup with Brazil winning both tournaments.

Jaqueline is  trying to take a season off and focus on starting a family with Murilo.

Paula Pequeno and Mari this past season played in Turkey but had to end it due to injuries.