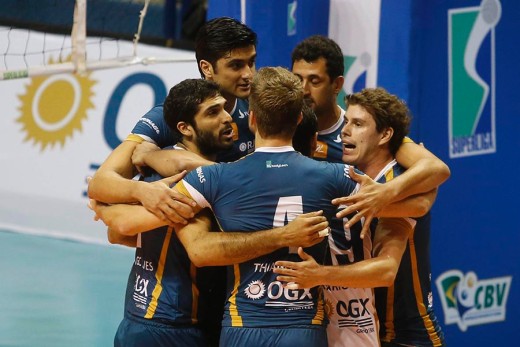 It was the fifth consecutive win for RJX.

The best scorer was the opposite Leozão, from Sao Bernardo, with 12, while the MVP award go to RJX’s Mauricio.

“We played an average game. We make many mistakes which caused to keep them in game. We knew that it would be a tough match, but we could play better “ said setter and captain Bruno.