Both near and far, if you take into account position on the standings. 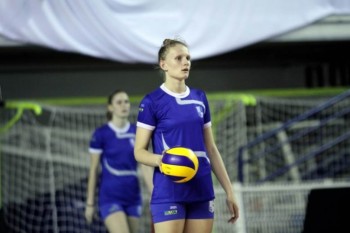 Minas is at the bottom of Brazilian Championship with all seven defeats so far. So, team from Belo Horizonte made another two transfers. New acquisitions are two young players – Valquíria Carboni Dullius (aka Valquíria, 19 years old) and Eduarda Gurhard (aka Duda, 20).

Valquíria plays as a middle blocker, while Duda’s primary position is receiver.

“I am very happy to play in the club with such tradition like Minas. This is my first Premier League campaign. I hope I can help my new team and learn enough to improve my play” – stated Duda.

Interview: Hristo Zlatanov – “Me and my feet are not giving up”