Murilo: “I would not be able to look Graca in the face”

Murilo Endres has given a large interview for globoesporte.globo.com in which he spoke about corruption scandal in Brazil, but also about fines which FIVB delivered to him and other members of the Brazilian National Team. 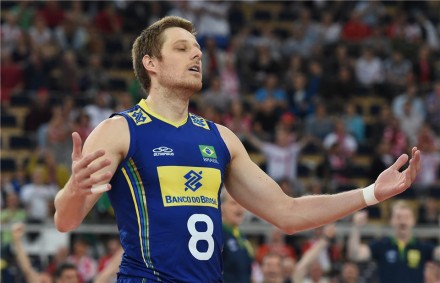 FIVB punished several members of the Brazilian National Team because of unsportsmanlike behavior at the previous World Championship, but Murilo pointed out that fines are not fair and stated that Brazil should have withdrawn from the tournament before the Final Six!

“We thought that having a Brazilian President in the FIVB would make our life easier, that we would not face problems which we had earlier when we were playing abroad. But, unfortunately, it is opposite. It seems that he (Ary Graca) is playing against own country. The fact that FIVB changed the rules during the World Championship is absurd! To this day I regret we continued playing the tournament. It was clearly written in the rules that two second placed teams can’t play in the same group and that first placed teams can’t change cities… We accept to lose, but we do not accept irregularities.”

Murilo Endres also stated what would be his reaction if he met Ary Graca, President of FIVB, on the street.

“I would not be able to look in his face. I would only ask him to explain things. We have always defended him, but now everything we have done to him just fell apart.”

To read the full interview click on the following LINK.