Brazilian teams are warming up for the 2015/2016 season with friendlies and games in regional championships. Even these can’t go without some tensions… 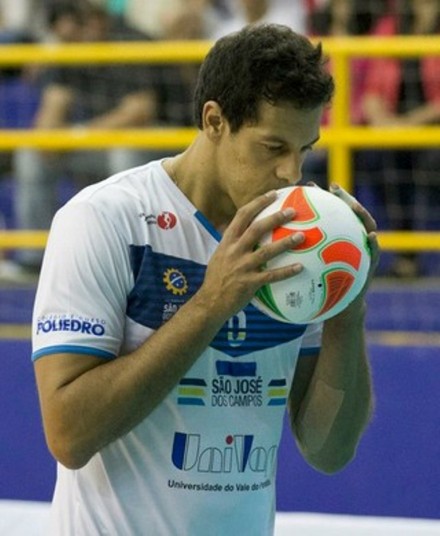 Home team Funvic Taubaté/São Paulo FC and São José dos Campos had a dramatic game in Paulista Championship which ended with Taubaté’s win in the tie-break. After the final whistle from the referee, Lorena, the opposite hitter of São José was involved in incident with the opposing fans, which are also the fans that used to cheer for him while he was wearing jersey of their club.

“When the game was finished, a fan and I know who the guy is, threw a glass of water on me. At that time I was hotheaded. And I went to him. I wanted to show him that volleyball is not football. There’s no need for him to do that. Swearing part, especially in a derby between rivals Taubaté and São José, is OK. What he has to know is that when the game is over, the game is over. When I used to play in Taubaté and when the game ended, the opposing team could go to the stands and give autographs. It has always been a family environment there,” Lorena explained what happened.

“From the moment of Taubaté’s partnership with FC São Paulo, fans that have nothing to do with volleyball and don’t understand volleyball were coming to volleyball matches. It’s not football. They need to know that. They can’t throw objects, water or anything else. When they do this, the player who lost a game can be hotheaded and it might happen what happened,” Lorena added.

São José confirmed on its official Facebook page that the crowd manifested excessive hostility while Taubaté’s fans pointed out that Lorena provoked them.

Behrouz Ataei for WoV: “Kovač is not perfect, but he is not the problem…”