Brazil and Russia closed the Olympics with a great volleyball spectacle. 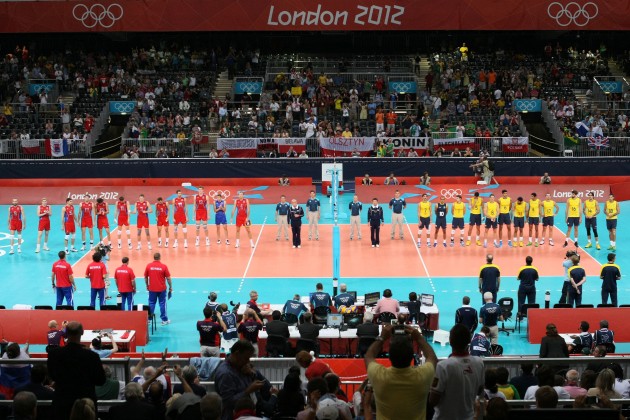 Russia and Brazil teams before the gold match

The final match is over – Russia claimed the gold!

The game was a real treat for all the volleyball fans. Two strongest teams in the world clashed for the first place. Great tactics combined with outstanding skills made this game worth the title – the final game. The Brazilians were more focused at the start – they won the first two sets. But then Russians found their way to overcome the preassure, and they returned back to the game by wining the third, fourth and fifth sets. After many thrilling momens, the Russians celebrated. They won this fabulous game by 3:2 (19:25, 20:25, 29:27, 25:22, 15:9).

OG M: Russia come from behind to save two match balls as Dmitriy Muserskiy leads the way to Olympic gold