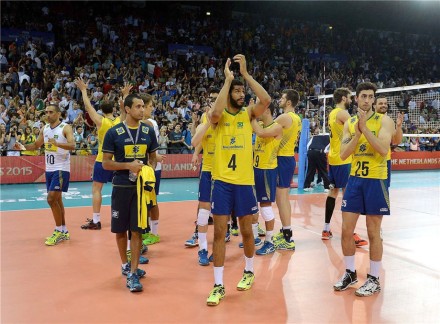 Among summoned players is a returnee Sidnei dos Santos ‘Sidão’, who recovered from a shoulder surgery. But, as Rezende stated in a press conference, this is not the definitive list of the players which will try to take Brazil’ NT back to the top of the podium at the Olympics. He emphasized that he is still closely watching the candidates which are playing abroad, like Leandro Vissotto, Dante Amaral and Maurício Borges.

The preparation of Brazil’s NT will begin on April 18 in Saquarema. Before the Olympics, Brazil will compete in the World League, from June 16.

POL M: Regular season in PlusLiga over – Trefl beat Będzin, Skra are next!