BRA M: Taubaté will try to prevent Lucarelli from competing in World Championship

The summoning of an outside hitter Ricardo Lucarelli to Brazil national team for the 2018 FIVB World Championship was a great news for the fans in the country but not so much for the club whose colors he defends, EMS Taubaté Funvic. 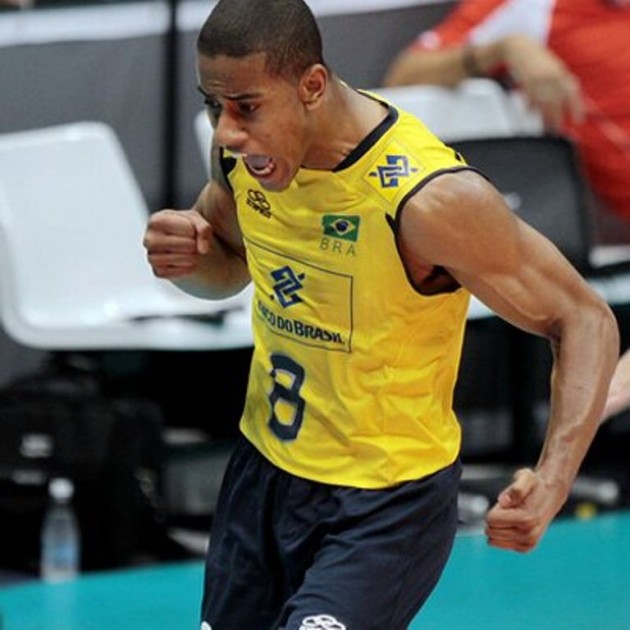 The summoning of Ricardo Lucarelli to Brazil national team for the 2018 FIVB World Championship surprised the club whose colors he defends, EMS Taubaté Funvic.

The reason for this is the fact that a 26-year-old player is only able to train with full intensity after undergoing the Achilles tendon surgery in November 2017. An evaluation of Taubaté’s medical staff is that Lucarelli still cannot play at a high level and that he can only practice with the „Seleção“.

For that reason, Superliga club will try to prevent Lucarelli from competing in the World Championship and return to the recovery process which he started in May when he jumped for the first time after surgery.

„Lucarelli still has some strength and performance deficits, which are measured by the coaching staff before the start of the season. His numbers are insufficient to release him to play such an intense competition. The plan is that he stays with us and gain muscle strength, to recover to the parameters that we set,“ Taubaté doctor explained.

Brazil head coach Renan Dal Zotto was forced to summon Lucarelli knowing the fact that he lost Maurício Borges for the World Championship due to the right knee injury which he sustained during the Final Six of the 2018 FIVB Volleyball Nations League.

Taubaté medical staff stressed that Lucarelli will be able to play at a high level only for October – that is, after the World Championship.

TUR W: Two confirmations in Nilufer for next season