The Brazilian men’s volleyball championship Superliga titleholders Sada Cruzeiro issued a strong note in regard to the transfer of their former player Robertlandy Simón to Cucine Lube Civitanova, Italy. 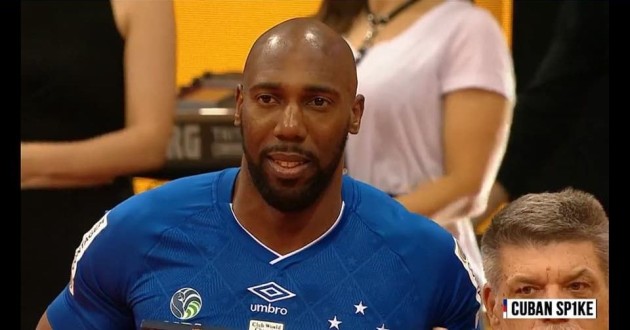 Sada Cruzeiro are, logically, furious with Robertlandy Simón and his new club Cucine Lube Civitanova after Cuban officially signed the contract with an Italian side despite still having a valid contract with his ex-club.

Cruzeiro stressed that Simón did not appear at the beginning of the club preparations for the 2018/19 on July 4 and sent two notifications to the player requesting him to show up and fulfill his contractual obligations which are valid until May 31, 2019.

„Earlier this week, the club received an email from an agent who said that he represents the player. This document contains a series of alleged and unreasonable absurdities, some in regard to payments. It means that player tries, through his agent, to evade the fine that emerges from an early contract termination of one year,“ Cruzeiro published.

The Brazilian powerhouse also wrote that Lube ignored the situation which is completely irregular and announced the hiring of Simón.

„Sada Cruzeiro consider the conduct and actions involving the player Simón an outrage to the good practices that must permeate the sport. The club rejects the attitude that includes contract termination on the part of the player, and the recklessness of Lube and their disrespect to the ethics in relations with other clubs on the international volleyball scene,“ Cruzeiro wrote and added that the case is being conducted by the club’s legal department and involves the International Volleyball Federation (FIVB).