Tours Volley-Ball, the 2017/18 French men’s volleyball championship Ligue A winners, are in the spotlight these days. 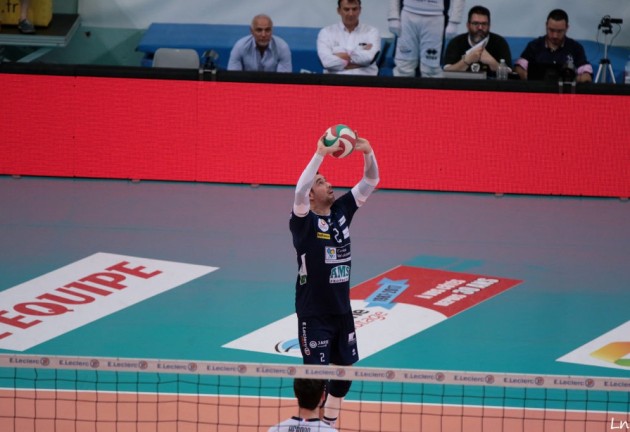 After winning the Ligue A title, a few days ago, Tours already started to make crucial changes for the next season.

As much as five players left the club, the club general manager stated for La Nouvelle République: the Spanish setter Guillermo Hernán, Dutch and Bulgarian middle blockers Jasper Diefenbach and Svetoslav Gotsev, German outside hitter Moritz Reichert, and another middle blocker, Quentin Jouffroy. Only Jouffroy’s new destination is known at the moment – it is Montpellier Université Club.

As for the arrivals, Tours closed the deals with Spanish setter Ángel Trinidad from Knack Roeselare, Belgium, and U.S. middle blocker Scott Kevorken from VfB Friedrichshafen, Germany. Also, the Albanian Gazmend Husaj is close to signing the contract.