With 3:2 BERLIN RECYCLING Volleys was surprisingly defeated by TV Ingersoll Buhl and lost for the first in this season's Bundesliga match. Mark Lebedew commented the game. For more latest volleyball news visit worldofvolley.com 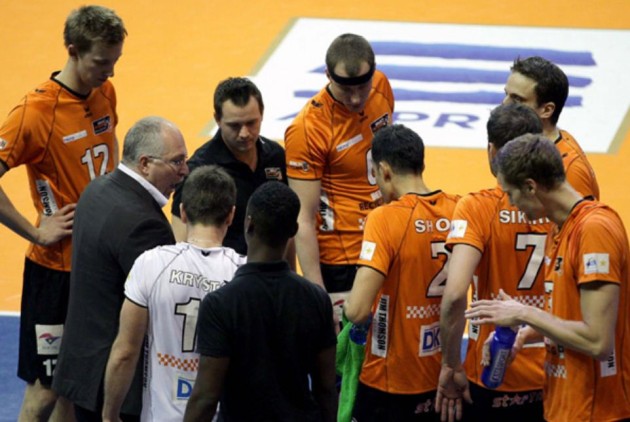 “We started well and focused, but when Buhl increased the pressure, we did not now have enough power to successfully maintain it,” summed BR Volleys coach Mark Lebedew the course of the game. In fact, his team was initially able to build on the strong performances of recent weeks and decide the first two sets clearly with 25:18 and 25:19 for themselves.

From the third set the hosts were always in the game, stabilized and developed points. They won the third with 25:19, and in the fourth it was 25:22.

In the tie-break the power of the German champion seemed like it came down to zero. TV Buhl finished the match 15:10.

“Obviously we are disappointed that we lost today and our great series is over” said Mark Lebedew, “In the next week we will have a few days off. That will be good for our bodies and minds, so that hopefully we can return with new energy.“

WoV fans: Micelli should be next head...