After the Belgian setter Elies Goos, Dresdner announced the second new signing for the upcoming season. 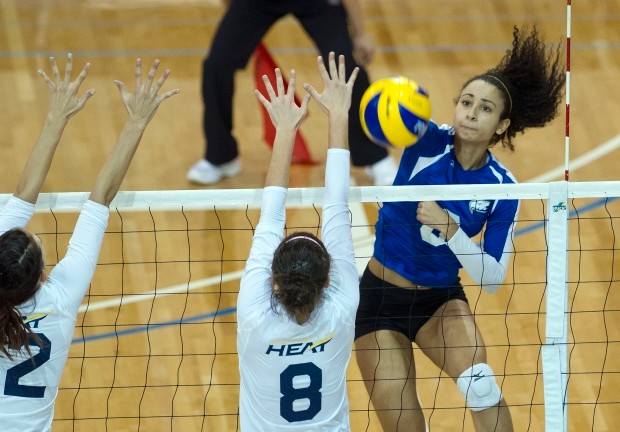 Shanice Marcelle, a Canadian national player will spike in Champions League in the next season where Dresden have high hopes.

The 23-year-old receiver who was born in Toronto and grew up in Victoria, signed a one-year contract.

In the last five years, the 1.83 meter tall played for the college team at the University of British Columbia and was champion with the Thunderbirds in 2009, also she is Canadian Under-18  title holder in Beach Volleyball.

She received many awards. In 2009 she was named as “climber of the year”, was several times MVP and this year she received the Canadian BIC Award, for the “best athlete” of all 54 universities.

Canadian commited to a foreign club for the first time. “I feel that the DSC offers me the opportunity to develop myself in an enormously competitive environment and to be the best player I can be,” expressed player who finished this week the Pan American Cup 2013 in Peruvian capital of Lima as seventh with Canada.

To read more news from this country click on Germany.