VC Wiesbaden has completed its personnel for the new season. The third-committed player to the club is the Japanese national team member Yuki Shoji. 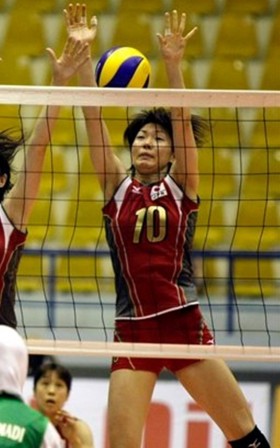 The 31-year-old middle blocker moved from the Japanese second division champions Ageo Medics to the Bundesliga, and has signed a one-year contract with Wiesbaden .

Shoji has played 52 international matches for Japan. With her former team Pioneer Red Wings she won the Japanese championship in 2004 and 2006, and gained international experience with appearances at Grand Prix and World Cup.

Since 2009, the volleyball player born in Hokkaido, was under contract with Ageo Medics and was also captain.

“Yuki is a very experienced player who will enrich of our game at the center with that experience and her technical quality,” says Vollmer.

With the commitment of the 1.82-meter high middle blocker, VC Wiesbaden has completed its squad. Eleven volleyball players will try to do more than being the National Cup finalists last season.

Read more news from this country on Germany. For similar stories, click on Transfers 2013.