GER M: Grozer is back!

The latest of all the teams (15th of August), the German national squad team will start preparations for the September European Championships in 2013. The team coach Vital Heynen's squad will this time include Gyorgy Grozer who didn't play in this year's edition of the FIVB World League. 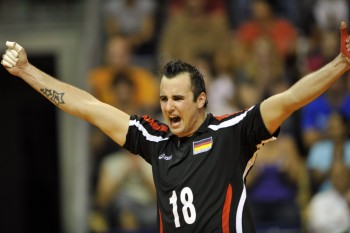 ”We started preparing very late, which for us is a bit unusual but i promised my players that this year I will give them month of after the World League” – says coach Heynen. Germany are planning a couple of friendlies, including the Netherlands and Italy. In the European Championship their rivals in the group are: Russia, Czech Republic and Bulgaria.

Germany squad for the upcoming matches: