This is the last game for Schweriner SC in this year’s Champions league. They will host RC Cannes who qualified for the Playoff 12. 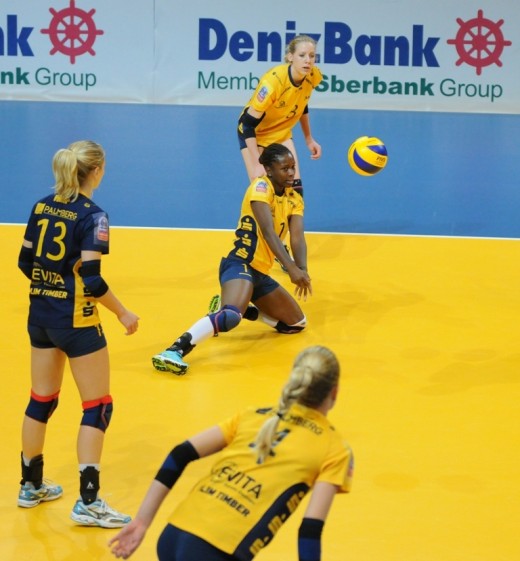 This means that even if they win on Tuesday, the home side won’t make the Challenge Round of the 2014 CEV Volleyball Cup – Women.

This match will hence be most of all a good opportunity for the local audience to see some world-class Volleyball while the players of both sides will try to improve on the performances they have showed so far. RC CANNES won their previous home game with SCHWERINER SC in straight sets and the Germans lost last Saturday in the semis of the national cup to the VolleyStars THÜRINGEN thereby missing out on the opportunity to retain their title before 10’000 fans at the finals coming up next March in Halle/Westfalen.

After this extra blow, the players around head coach Felix Koslowski are looking forward to their last CL match; though their campaign was not that successful this year, it was nevertheless a good opportunity for their young players to gain some international experience that may prove useful in 2014 as they will try to win once more the title in the Bundesliga.