Georgios Stefanou, libero of Olympiacos, was voted the MVP of the Greek League Cup. 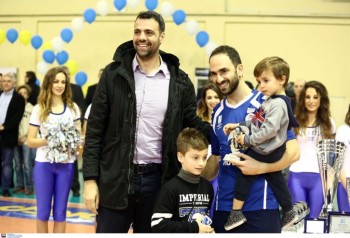 Red and whites have won the first trophy of the season by defeating Ethnikos Alexandropolis in the big final. Olympiacos has therefore kept the maximum score in all domestic competitions, as the reigning champion is still undefeated in the domestic league!

A total number of 1.500 fans attended the big final, and the majority were Olympiacos supporters. Take a look at the last point from the final match and a celebration of Piraeus giant.