Turnaround, Duško Nikolić is a new coach of Foinikas Syros. He replaced Ratko Pavličević who, as rumors say, will go to Switzerland. 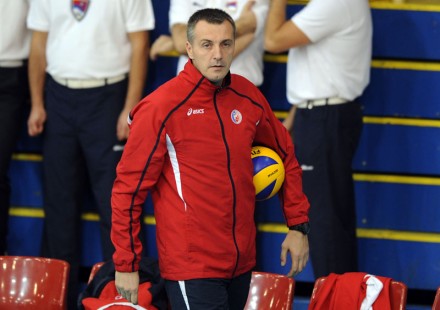 Today, club officially announced that they have hired Serbian coach Duško Nikolić for upcoming season and that they renewed the contract with the Serbian opposite Tomislav Dokić.

Nikolić and Dokić will once again be in the same club, but this time as coach and player. They have played together in Crvena Zvezda BEOGRAD in season 2007/2008.

In previous season Foinikas was eliminated from the playoff semis by Olympiacos O.S. Piraeus (3-1 in series) despite good performances of its players.